Littleton is rated the best small city in Colorado. We love Littleton!

Here are Colorado’s best (and worst) small cities, according to a new report

There’s something to be said for leaving behind the hustle and bustle of a city center and moving to a small city instead — especially when it comes to lower cost of living.

“For entrepreneurial-minded households, the cost of doing business is generally more affordable with less oversight, as there are fewer layers of government in small cities,” she added.

Plus, they generally offer less traffic, fewer people and more chances to get involved with a close-knit community.

Then moving to Littleton is the best option in Colorado state and 10th-best in the country, according to a new report from WalletHub, the Washington, D.C.-based financial analyst site.

To compile its ranking, WalletHub analyzed 1,268 cities with population between 25,000 and 100,000 across five categories:

Princeton, New Jersey, was named the No. 1 small city in America, followed by Lexington, Massachusetts and Leawood, Kansas, respectively. 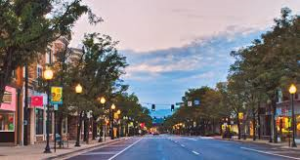