If you’re looking for a sign, here it is!

Home / Uncategorized / If you’re looking for a sign, here it is! 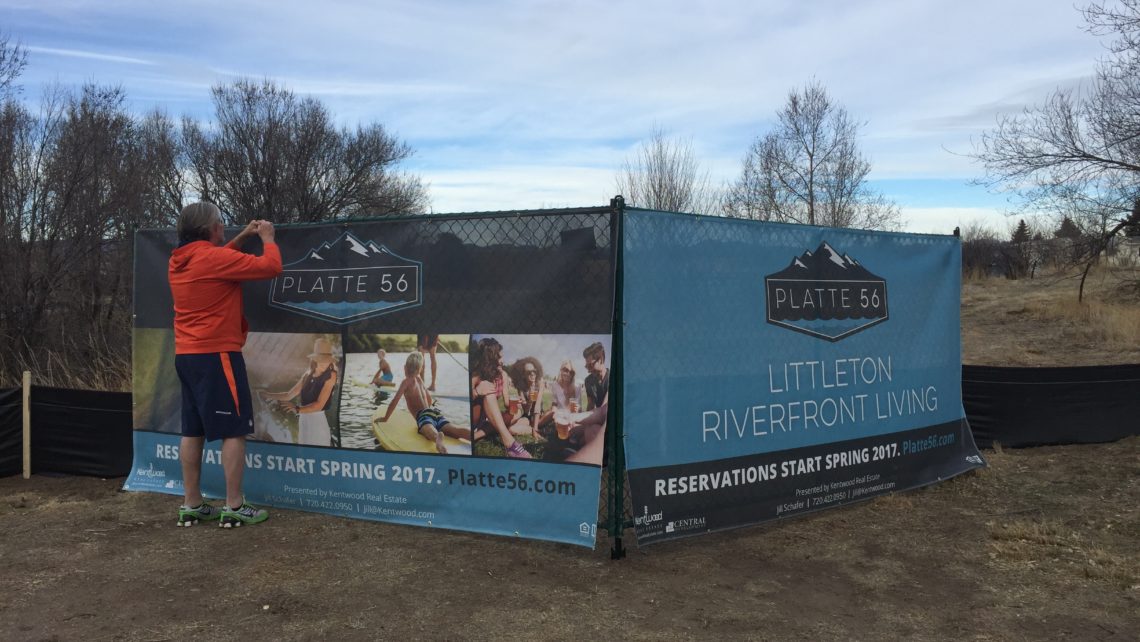 The signs are there and they’re telling you to look into buying a new home at Platte 56. Marketing signs were installed on the construction fence along the Mary Carter Greenway Trail in Littleton this past weekend.  The first to see it were runners in the Snowman Stampede 5M and 10M race that started at Hudson Gardens on Saturday February 18th, 2017. There wasn’t any snow this year as temperatures reached a warm 65 degrees. It was a beautiful day along the Platte!

Congratulations to Mason Frank from Denver who ran the fastest in the men’s division and Melissa Dock of Boulder who was faster than all of the other women. All of the runners may want to look into buying a home at Platte 56 so they can easily keep up their training! Even as fast as they were going, they would have had a hard time missing the new 6′ x 12′ signs along the fence at 5000 S Prince St. The Mary Carter Greenway Trail is right out side the door of the townhouses that will be going up soon.  Remember, at Platte 56 the adventure begins at home.